Look, what do you expect? I’m still getting back into the groove of things after my break from the Game Boy Abyss, so I just went down a Wikipedia list of GBA games and grabbed some games that didn’t look like gigantic slogs or ‘too good’, so to speak, for this short period. And yeah, I picked E.T. I knew it was stupid, you know it’s stupid, my cat probably knows it’s stupid, but yep. Today, on the Game Boy Abyss, we’ll be taking a look at the Game Boy Advance adaptation of E.T: The Extra-Terrestrial.

And guess what! It’s better than the Atari 2600 one! Y’know, the one that almost killed the gaming industry before it even really began?

So the bar isn’t even on the floor - it’s somewhere deep in the earth’s crust, perhaps in the vicinity of the planet’s core. Somewhere around there. Anyway, this game is bad. Real, real bad.

Anywho, E.T is exactly what you’re thinking it is. Released in 2001, it’s another pseudo shovelware tier game, consisting of nine different stages, half of which feel more like part of a minigame collection then of a full game. The other half of them are a more 2D adventurey-format, playing as E.T or Elliot in a relatively open environment. The rest are a bit more of a mishmash, more or less doing whatever they could to draw out the game to another levels to have any kind of value, though this obviously shows in how much worse these levels control as compared to the adventure-ry ones, which clearly received the bulk of the developmental time. As with most games of this nature, you’ll be playing through, roughly enough the story of the E.T movie, but if it was only the interesting parts and, y’know, they stretched those interesting parts out to kingdom come. You won’t just be playing as E.T - you’ll also be playing as Elliot, who controls exactly the same way as him! So, uh, yeah. I think I had another joke there, but, uh. Yeah.

The game does start on a respective high note, with one of the big, top-down adventure stages.I dunno why, but it feels like so many of the games I’ve been playing recently have employed these kinds of ‘maze-like’ areas. Thankfully, games like Kirby utilized a map, and Atlantis: The Lost Empire’s mazes generally weren’t too labyrinthine to make me want to pull my hair out. But my god, E.T takes this idea to its extreme. The levels in E.T are bloody gigantic. At first, I didn’t mind: the opening level, featuring E.T hunting down plants for his ‘job’ (the idea of an alien having a job is kind of hilarious) wasn’t too bad. He’s on a new world, and it’s understandable you’ll be a little lost. But then the second level, taking place in the same zone, just expands the boundaries, urging you to go to one point on the map, somewhere in the top right, but there aren’t really boundaries stopping you from getting completely lost and heading almost the exact opposite direction. There isn’t anything to really guide you towards the goal, outside of barriers at the extreme ends of the map - even the ‘wrong’ directions are littered with Agents trying to nab E.T. But this has nothing on the later levels taking place in Elliot’s neighborhood. These Labyrinth of the Minotaur-esque stages, focused on finding all the parts so E.T can phone home, are nearly impossible to beat without a guide. No map, no real sense of direction. You’ll also be switching between E.T and Elliot… for some reason I couldn’t quite work out, but it’s useless since when you’re playing as one or the other, the other barely follows you, and so when you switch you might spend the better part of half a minute watching the camera slowly scroll back to the other character. These levels work on a technical level, but they’re simply so unfun to navigate and far, far too easy to get turned around and lost in that I can’t imagine anyone under the age of twelve managing to clear it. And if you are somehow under twelve -and- reading this review, well, hats off, because I for sure didn’t complete it.

I’ll be honest, as I’ve been frequently doing on this blog - I skipped several levels of this game with its password system, but these exploration levels were top of the list - they’re really that bad. And they’re also annoyingly hard. Even the smallest enemies have hitboxes the size of Spain, and in some cases I found it almost impossible to pass them without relying on damage invincibility frames to slip by. I have a small conspiracy theory that password systems were just an excuse to make kids play their games longer. Now, this might just be me, but when I was a kid, I never wrote down passwords out of laziness, and I like to hope other kids were like this. So, by not including a proper save system, this forces kids to replay large swathes of the game because - hopefully like me - they just didn’t write down the passwords. 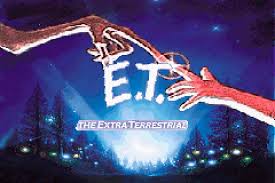 Somehow, this game manages to be far too short and waaay too long at the same time; if you know what you’re doing, I wouldn’t be surprised if you could beat this game in an hour, but the issue is that each specific segment just goes on and on and on. A particularly low point of the game is during the bicycle riding segments, which felt like they went for longer then ten minutes and are amongst the worst controlling sequence I’ve ever played in a game, with obstacles seemingly appearing out of nowhere, E.T taking damage for seemingly no discernible reason, and touching the D-Pad ever so slightly to the left or right sending the bike careening out of control. The fact I liked this bicycle segment more than the goddamn awful scavenger hunt sequence should speak spades about how bad this game is. To make matters worse, in true licensed game fashion, it halfway through in this pseudo puzzle-matching game segment where you’re trying to actually assemble E.T’s goddamn phone, but you have to do it in a specific order, but there is absolutely nothing to clue you in on what order that is. Maybe I’m supposed to remember from the movie? Well, too bad, because I haven’t seen that movie in two decades because I’m still freaked out by the scientist's silver suits.

I think I always will honestly. But the point is… either give me a goddamn clue to the order of the phone’s assembly, or don’t give me a time limit!

The game also doesn’t look that great, especially in the character sprites; everyone kind of has the same proportions as E.T - I had a joke here, involving Tim Burton’s Planet of the Apes remake and it’s super weird ending, but then I realized the Venn diagram of people who read this website and has seen that terrible movie is really, really small. ANYWAY, the only part of the game that any kind of technical merit are the iconic ‘bicycle flight’ sequences, having a surprising amount of visual depth and intricity going on. Doesn’t make up for the rest of the locations - seriously, the levels where you’re around Elliot’s house barely feels like you’re in a house, but some kind of… indoor, grassy, manor… thing. Hilariously, E.T’s health bar is this weird sprite of his body that just rotates and gets smaller as he takes more damage, and there’s something about it that just cracks me up, especially after the first few hits. It took me a good second or two to realise he was taking damage - he was just rotating for some dumb reason! The sound though - the audio of the game sounded akin to the feeling of taking a thin piece of pipe cleaner and shoving it as hard into my ear as physically possible. It’s just this terrible cacophony of beeps and boops, along with a couple of annoying sirens for good measure. Seriously, I know there’s more than a couple of GBA games that opted for this kind of audio quality, but by god, I will call them out each and every time. You hear me, E.T devs? I’ve got your number! Also, hilariously, in the levels where you’re actually walking around as Elliot, getting grabbed by an Agent will cause him to make the same, low growly sound effects E.T makes when he takes damage. Like… is it that hard to record a yelp from a kid? Seriously? Though I’m going to give credit to the brief, yet very clear voice clips from Agents trying to grab E.T - mostly because they sound bloody hilarious. Hearing the maddening soundtrack, but then running into a foe and hearing a perfectly clear ‘Come here’ or ‘Stop’ in the most stupidly monotone voice is nothing short of hysterical.

The most frustrating thing about this game is the fact that it falls into that narrow band of genuinely bad games that just aren’t the worst things in the world, but just aren’t entertaining enough to even play for a joke. E.T rarely passes mediocrity, let alone anything to write home about, and two or three levels out of the full game do not make up for how much of a frustratingly difficult slog this title is to play through. So, as you’d guess, I don’t recommend this game. Even if you’re a die-hard E.T fan - and honestly, in 2022, I really don’t know anyone who is a real hardcore E.T fan - there isn’t much for you here. As I commonly say with these almost-shovelware tier games, just… just don’t play it. I’ve played plenty of other games on this website, just play one of those. And even though games like American Idol or Crazy Frog Racer are objectively worse, I’d honestly rate this even lower, along with the likes of Pac-Man World; E.T isn’t even worth laughing about with your friends - it doesn’t even belong in the discussion.

Thank you for reading my review of E.T: The Extra-Terrestrial! I think I’m going to be trying a slightly new release format - you’ll probably get two weeks of reviews, followed by a week off. Puts less pressure on me, and you’ll probably get more consistent reviews so I can, y’know, actually finish the goddamn games. As always, you can find me on Twitter @Lemmy7003, or email me at cckaiju@gmail.com if you have any requests or questions. Thanks for reading and I’ll see you in my next review!